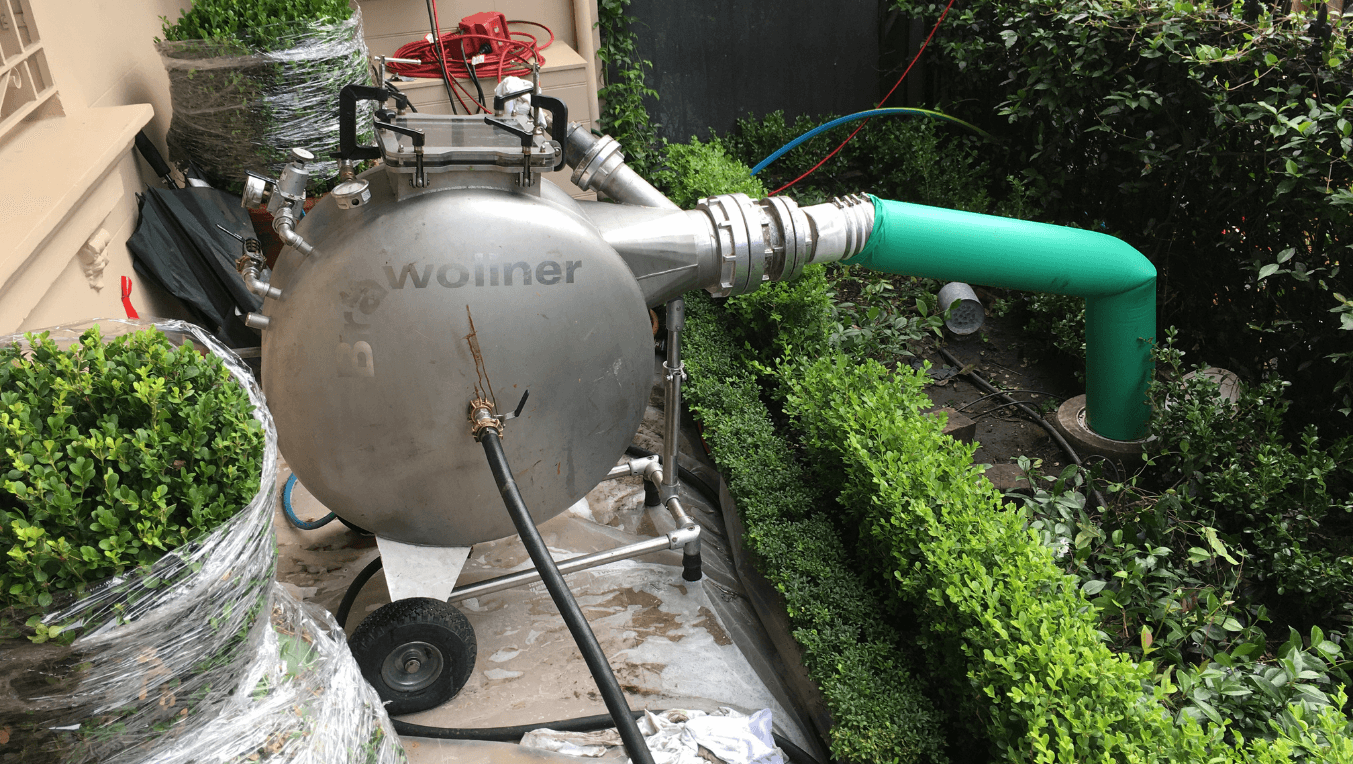 When excavation and replacement of a sewer system would have caused this home owner in Paddington too much disruption whilst working from home, Pipe Relining Solutions saved the day (just one needed) with a no dig solution.

Lily had experienced a bad smell coming from the main bathroom for weeks but didn’t think much of it, assuming it would go away in time.  She was working from home and didn’t want the disruption of tradesmen traipsing through her house. When the shower and toilet started to drain slowly, she knew something was wrong and decided to do something about it.

She called Pipe Relining Solutions, described the problem and we sent our technician to investigate the same day. After inserting a CCTV camera into the sewer we found cracks and breaks in the sewer line. We also identified water leaking out of the drain into the garden area.  Our technician showed Lily the footage to demonstrate the problem and provided a free quote for a no-dig solution rather than digging and replacing the problem pipes. The garden didn’t need to be disturbed, and Lily could save on restoration costs.

Fixing the problem with all care taken

On the day of relining the Pipe Relining Solutions team briefed Lily and explained that her sewer would be out of action between 8.30 to 2pm that day until the relining had finished. We reassured Lily that we would protect her garden and put plastic around her pots to protect the plants from any damage.

Pipe within a pipe solution

A full pipe reline was completed from the boundary trap in the garden to Sydney Water’s main sewer. An inversion method of applying the resin was used, rolling the seamless liner through the pipe, oozing the resin into the joints and cracks as it went. The result was a robust pipe within a pipe for the main sewer line. Lily was able to use her bathroom immediately after the relining process had finished.

Instead of digging which would have taken 2-3 days, the job took less than 1 day. Due to the relatively clean and quiet operation of the relining process, Lily was able to continue working whilst the relining was taking place. She didn’t have to pay for the garden or paving to be reinstated and her plants escaped damage. She received footage of her pipe work before and after relining and her 35 year guarantee.