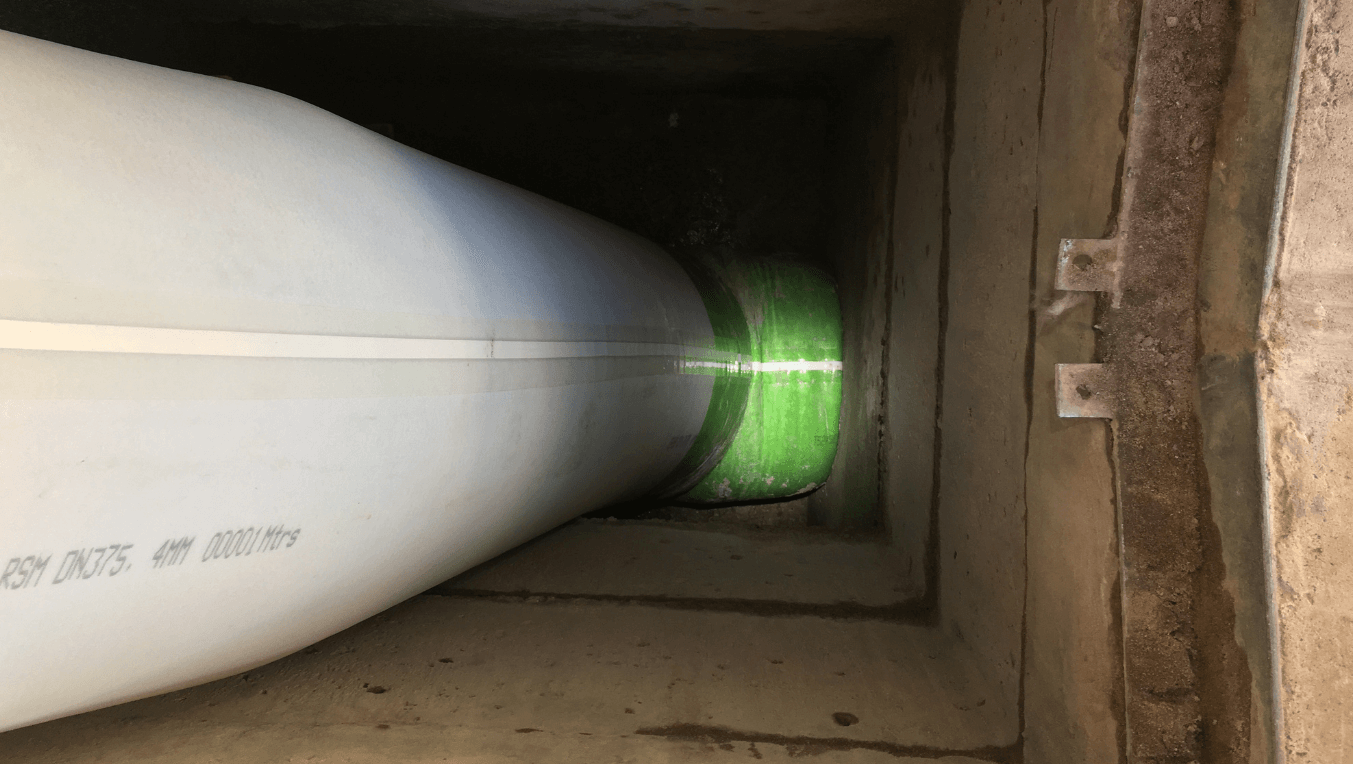 A major construction site ground to a halt when 35 metres of newly laid pipework was discovered to be non-compliant with building standards. Pipe Relining Solutions worked quickly to resolve the pipe problems to avoid penalties for the project plumbers.

Big pipes can have big problems

A plumbing company working on a major construction site at Sydney University laid a 35-metre section of large diameter concrete pipeline. It didn’t pass inspection, with numerous cracks and holes along the pipework (caused during installation), needing to be fixed before it would comply with building standards. With no time or budget to dig up and replace the pipe – and potentially subject to penalty costs from the site manager for the delays – the plumber contractor turned to Pipe Relining Solutions for help.

Getting on with the job

Due to the large-scale nature of the construction and the length and diameter of the line, Pipe Relining Solutions needed to tick all the boxes to be sure they had the equipment and expertise to repair the pipe quickly. With sound WHS practices, staff trained for major construction zones and up-to-date insurances, the team was ready to access the site.

Pipe Relining Solutions specialists worked quickly to identify the issues and provide a free quote for an efficient and long-lasting solution. As usual, Pipe Relining Solutions provided video footage of the pipe damage to show how the pipe relining would work. Work commenced immediately to get the job done and avoid penalties (and a tarnished reputation) for the plumbers.

Bring in the big gun

To reline the 35 metres of 375mm concrete pipe, Pipe Relining Solutions brought in a specialised sluice gun. Designed for pipe works larger then 225mm and longer than 30 metres, the sluice gun is perfect for large-scale pipe relining on construction sites. Rather than the traditional approach of winding the liner inside the drum and rolling it out, the liner is manually fed into the sluice, allowing for up to 100 metres covering the entire distance with one length of liner for a quick and cost-effective solution.

Getting the site back to work

Because no trenches were needed, no messy excavation or restoration work slowed construction down. Pipe Relining Solutions provided new video footage of the repaired pipe, which was ticked off as compliant following a thorough inspection.

The quick turnaround from problem to solution meant no site hold-ups and no penalties for the plumbing contractor. More conventional approaches for repair, including digging up and replacing the pipe, could have meant lengthy delays for the entire site.

Talk to the big job specialists

The specialist team at Pipe Relining Solutions are up to the challenge of large-scale jobs on major construction sites. Call 1300 366 834.