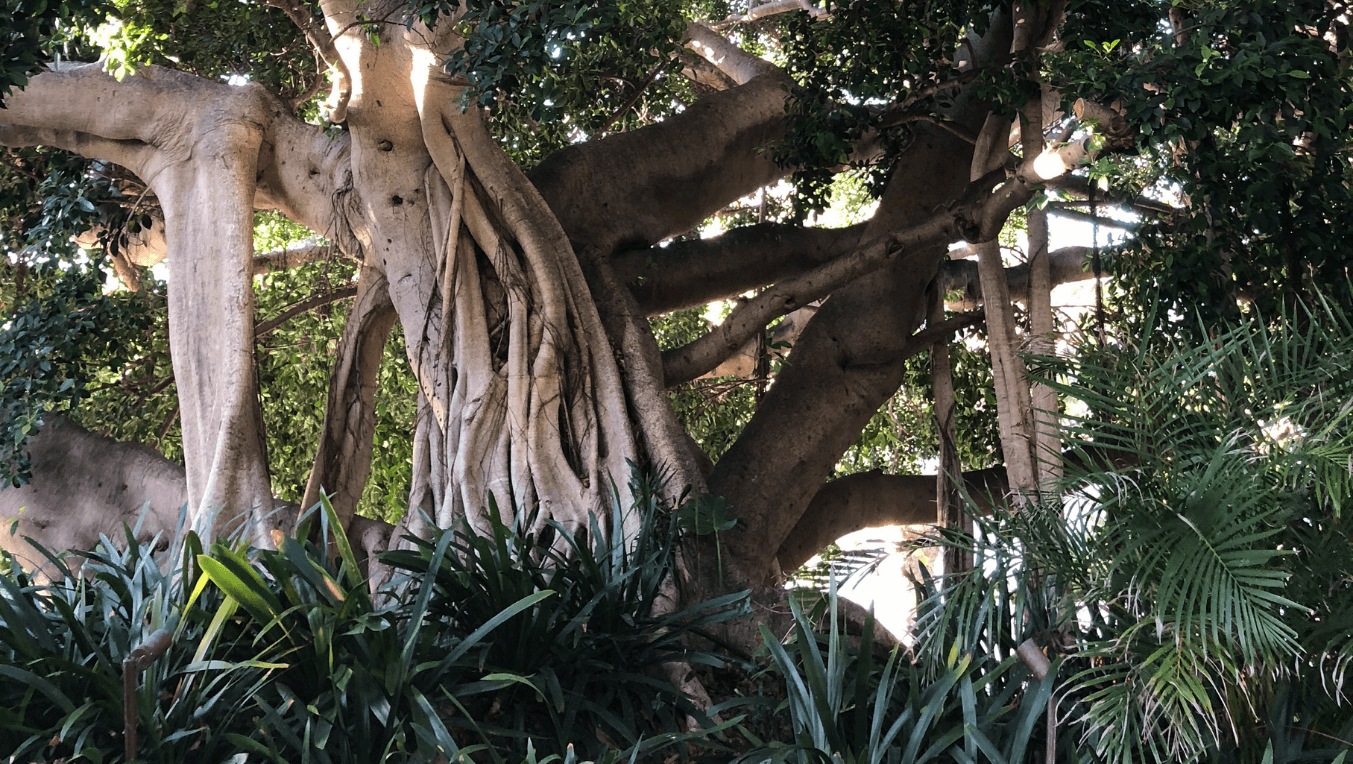 Sue from the beautiful Eastern suburb of Bellevue Hill recently came to Sydney-based Pipe Relining Solutions for help after the roots of a historic fifty-year-old fig tree caused frequent sewer blockages on her property. Excavation and traditional replacement of the damaged pipe would have cost a significant amount of money and meant costly reinstatement of mature gardens and substantial amounts of paving.

Luckily, Sue heard about pipe relining for tree-damaged pipes. The quote for a pipe relining repair was far cheaper than replacement, and the pipe reline in Bellevue Hill didn’t entail damaging or removing her beautiful fig tree. In this article, we’ll look at how pipe relining is helping hundreds of property owners tackle tree damage to sewers in Sydney.

Sydney’s trees are part of its identity

In Sydney, trees form a prominent part of a much valued and familiar suburban eco-system, providing habitat for native animals like possums and birds while offering pleasant shade for human residents during the hottest months of the year. The thing with trees is they’re a bit like icebergs – there’s often more going on beneath the surface than is apparent in their magnificent branches, limbs, and foliage – and roots can cause all sorts of sewer problems for Sydney homeowners.

The same can be said of suburban buildings—many things that make modern life possible happen underground. Services like clean water and gas enter our properties via a complex, expansive network of pipes. Much of getting rid of our waste and stormwater also depends on drains, sewers, and channels that extend under our streets and gardens. That’s why in urban areas, things can get a little crowded beneath our feet. Nature competes for precious space with services, and trees often get the edge over infrastructure, which can bring havoc to life on the surface.

Why trees can cause problems with sewers and drains in Sydney

When it comes to household sewers and drains, trees can cause blockages and cracked pipes. The fact all this happens beneath our feet, roads, and pavements means it’s rarely something owners think about until an issue occurs. When something goes wrong, finding a solution to cracked and damaged pipes in Sydney and other urban or suburban areas presents a few different challenges.

Digging up roads, footpaths, and gardens is expensive. It creates a trail of costly paperwork, and it takes a lot of time and effort to organise excavations in populated areas. That’s just one of the reasons pipe relining in Sydney has become so popular in recent decades. It’s typically a lot cheaper than excavating and reinstating streets and gardens to replace damaged pipes, but it’s also far less disruptive to our environment, landscaping, and public spaces.

Roots have one primary mission – to seek out water sources and then grow – and they do that voraciously. Look around our older suburbs, and you’ll see much evidence of this. Tree roots can distort and fracture footpaths, roads, and driveways. They can sever gas and water mains and exploit cracks in elderly earthenware sewers and drains to find water. Once they’re in, they expand to block and further damage pipes – and that can prove extremely inconvenient and expensive for homeowners.

In cities like Sydney, roots in pipes are commonplace, and Bellevue Hill homeowners experience their fair share of blocked and damaged clay drains and sewers. Not only are there some older properties, but the area has lots of established greenery and trees, making it a desirable neighbourhood but prone to subterranean snags. This is the story of how – for one landlord in Bellevue Hill – pipe relining helped save a beautiful, protected, and much-cherished fig tree and a lot of money, hassle, and time.

Common pipe problems in Sydney, and how they happen

When we heard about the case of Sue’s fig tree, it was an all too familiar tale here at the Pipe Relining Solutions Sydney headquarters. The tree had occupied its spot in the neighbourhood for about half a century. A source of pleasure and beauty for resident after resident and anyone who walked down the street.

Unfortunately, however, a typical combination of cracked Sydney clay pipes and a vibrant, healthy tree had caused Sue’s sewer to fill with roots – with some very unpleasant consequences. Not only was it driving her tenants away, but it was also a smelly, inconvenient nuisance for her neighbours, and Sue wanted to find the quickest, long-term solution possible – without cutting down the fig.

She says she needed a fast, reliable option, and the only way to ensure that was to get an informative quote. Sue tried a few other places before hearing about Pipe Relining Solutions in Sydney.

“From the office support team, throughout the quoting process explaining what to expect and how the repairs would be done, to the team undertaking the work to resolve the issues under our house and street pavement. Pipe Relining Solutions were professional, knowledgeable, polite, efficient, reliable, and solutions-driven throughout.”

For Sue, the priority was putting a stop to issues affecting both her neighbours and tenants. However, she says until she found Pipe Relining Solutions, she’d received substantial quotes to excavate and replace the leaking pipe. Those options would also have entailed destroying the fig tree and causing additional problems with her local council, which she was desperate to avoid.

“I am impressed by their professionalism and extremely grateful that they were able to fix the issue without cutting the fig tree. Also, to dig this up would have cost a lot more than relining.

It was a very embarrassing and disturbing blockage that affected not only our property, but it also dislodged and cracked the neighbour’s and the street pavement,” says Sue.

“We even lost tenants due to the smelly pipes. The tree that caused the problem is more than fifty years old. It’s beautiful and an important part of the neighbourhood. It would have been a disaster if we had to cut it down, especially because it’s protected by the council.”

Being a landlord, it was crucial for Sue that her current tenants experienced minimal disruption. She says, although she worried before the repair, it became evident that the team was used to working in occupied properties once it got underway. With the job completed, there was no additional cleaning to do, and everything was left as the team had found it when they arrived on site to start the repair.

“The Pipe Relining team cleaned up thoroughly every day and paid particular attention to the final clean-up once work was complete. They ensured that the area was safe for residents and pedestrians while working and after the job was finished.”

How Pipe Relining Solutions saved the tree and fixed the pipe

To repair Sue’s pipe without damaging the established fig tree or carrying out extensive excavations, Pipe Relining Solutions recommended a repair. When we reline sewer pipes, we begin by identifying the most efficient above-ground access points. From there, we perform an internal camera inspection using sophisticated video equipment that can show us precisely where root infiltration has occurred and the extent of any damage.

Once a thorough assessment of the pipework had been completed, we cleared root material from the pipes using an extremely high-pressure jet. That process allowed for a complete reline of the affected length of pipe, making sure tree roots wouldn’t have access to the water source again.

Pipe Relining Services uses an eco-friendly resin liner to provide a new ‘pipe within a pipe.’ Any cracks and pipe damage caused by root infiltration get sealed, meaning the drain or sewer remains trouble-free in the long-term – and we’re the only pipe reline company in Sydney that provides a 35-year guarantee on repairs. Most pipe reline repairs can be completed fast, without significant disruption. The pipe reline in Bellevue Hill took two days from start to finish.

For eco-friendly pipe relining in Sydney, don’t pay for costly replacements and excavation until you’ve talked to Pipe Relining Solutions on 1300 366 834 or used our easy enquiry form. We provide informative, comprehensive pipe relining quotes in New South Wales, and we can complete most pipe reline jobs quickly and conveniently – without disrupting your garden, pathways, or foliage.