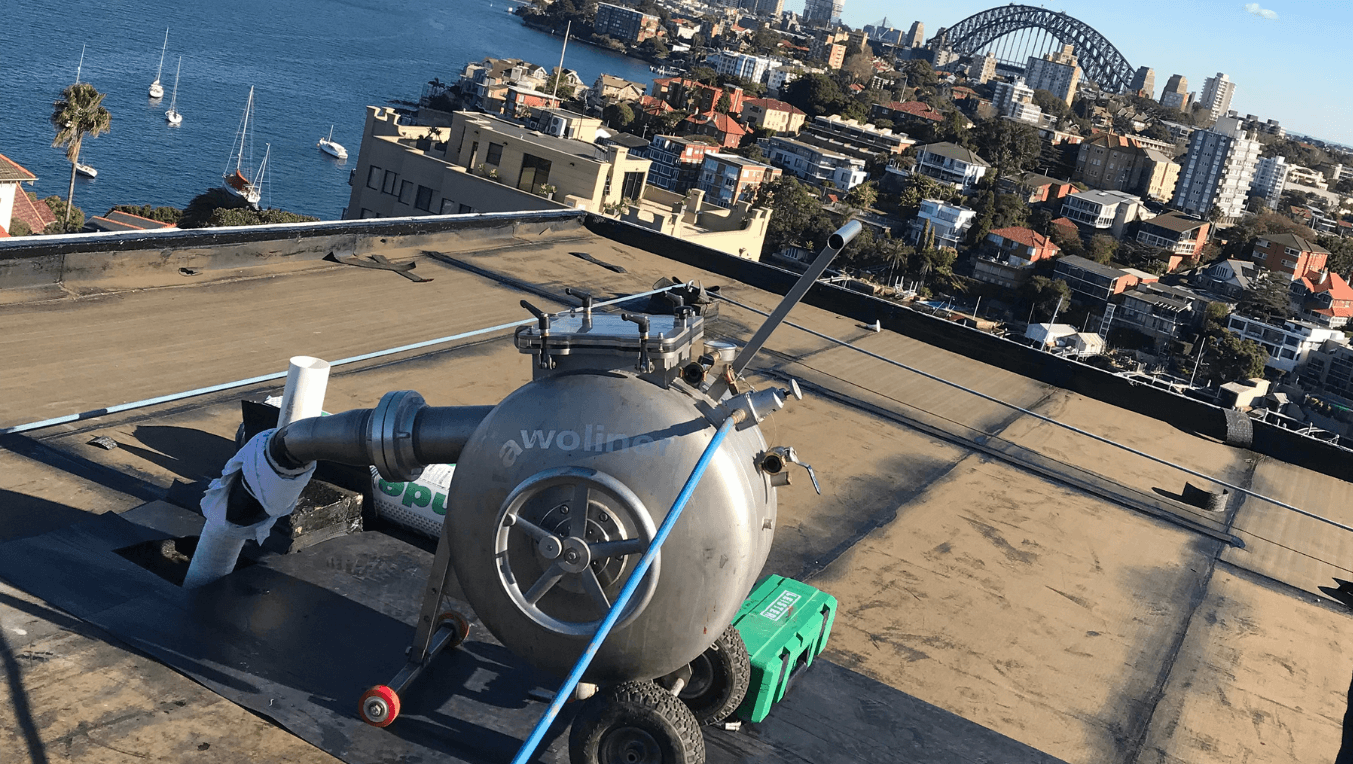 When a unit owner in a strata block in Cremorne Point noticed a terrible sewerage smell, he asked the Strata Manager to put in an SOS to Pipe Relining Solutions. Our team resolved the issue quickly using a staged and collaborative approach to suit their priorities and budget.

Identifying the source of the sewerage smell

Pipe Relining Solutions received an emergency call from a strata manager responsible for a multi-level block of residential units that included several units over several floors. A terrible sewerage smell coming from one of the lower floor units was making the property uninhabitable. With difficult access, inconvenience for residents and the potential for major health concerns, the pipe needed fixing fast.

The Pipe Relining Solutions team inspected the property and found the sewer line for six units was broken and waste was flowing under the building, causing the smell and undermining the foundations. Access under the building was limited, and relining was the best option to minimising the risk of further damage to the pipe.

The team identified the project could be split into 2 requirements: they issued a quote for emergency work to fix the immediate issue of the broken pipe, and a quote to fix cracks and breaks (caused by tree roots) found in the pipe work around the building. Understanding the constraints of strata buildings, Pipe Relining Solutions provided a detailed quote and options to the strata manager prioritising the urgency of the works needed. A staged approach solution allowed the strata to manage their budget and prioritise important work.

The number one priority was managing potential health concerns from the sewerage. The Pipe Relining Solutions experts worked into the weekend to complete the emergency works so residents could return home. Clearing the pipe with a high-pressure water jet took the pressure off the broken pipe, slowing the flow of sewerage and allowing access to clean and dry the area before the pipe was relined.

Throughout the emergency work, Pipe Relining Solutions recorded all investigations and work using a CCTV camera, so the strata manager had a record for the strata committee. No digging was required to complete the emergency pipe repair, so the strata avoided the mess and the costs of cleaning up. The fast work of the team helped avoid a major health issue.

Repairs of cracks and breaks in other pipework within the building were identified by Pipe Relining Solutions as the next priority when strata funds allow. The next stage of work was agreed on at an owners meeting.

To start the second phase, Pipe Relining Solutions coordinated removal of waste from under the building. The next phase of work included using air repair disinfectant to deodorise the sub floor and rid the building of any lingering odours. The team accessed the sewer stack via the kitchen of Unit 1, relining approximately 6 metres of pipe down to the main line using Brawo I epoxy resin and 100mm Brawoliner. Using an IMS robotic cutter, they reinstated three pipe junctions damaged by tree root infestation.

Our specialist team understood the decision-making processes involved when working with a strata company. As strata funds were limited, a staged approach allowed owners to be consulted without compromising emergency works. The quote provided to the strata manager was detailed and accurate, so they had confidence costs would not change and more meetings wouldn’t be needed to manage extra levies on owners.

Talk to the team who understands strata companies

The Pipe Relining Solutions team understands the complexities of strata buildings, including the need for expert guidance and detailed quotes. A staged approach may be the most suitable plan to ensure the strata fund is not depleted by the costs of the job in one complete invoice.

We can even attend your strata meeting to explain our processes and provide footage and images to help everyone understand the issues and the proposed solutions. Our field experts are backed by an office team responsive to emergency calls, and ready to assist with questions from owners and disruption notices for onsite works.

From the first sign of a problem with damaged or broken pipes, Pipe Relining Solutions works with strata companies and committees to deliver fast, efficient and permanent pipe solutions. Call 1300 366 834.