Dig Or Reline? What’s The Best Fix For A Blocked Sewage Pipe? 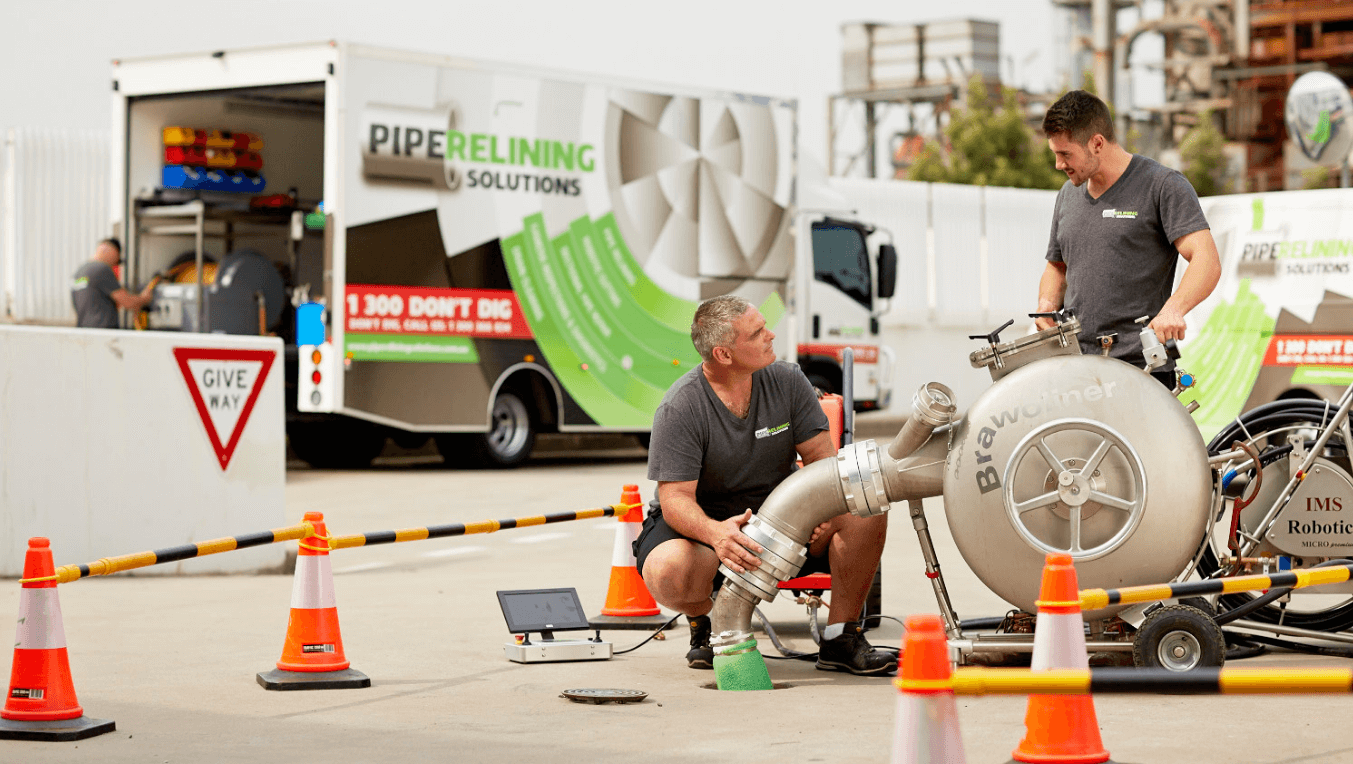 If you’ve ever experienced a blocked sewage pipe, you know it’s not pleasant. Your bathroom is permanently on the nose, and you’re constantly plunging the toilet just to get it to flush properly.

But as unfortunate as the smell and inconvenience are, the fact is, they’re not the worst of it. Not even close. Any overflow of bacteria-ridden backwash flooding your bathroom floor is a genuine health hazard. And if your sewer’s showing even the slightest sign of blockage, an overflow is a very real possibility.

What causes a blocked sewage pipe in Sydney?

If you’re in Sydney, the condition of your sewer is largely dependent on the number of trees near your sewer system – especially fig trees. Those buggers are particularly aggressive and numerous in the Sydney area. They grow fast and can easily crack old earthenware pipe work with their root systems. And unfortunately for Sydney-siders, earthenware pipe work was very common for new homes in Sydney right up until the early 1980s.

Because earthenware sewer pipes were installed in sections and their joints sealed with mortar mix or O-rings, it was never a watertight option. As time passes, the porous nature of the mortar mix allows tree roots to enter the pipe system in search of water. The accumulation of tree roots initially obstructs the flow within the pipe eventually leading to blockages. The pressure of tree roots puts further pressure on the pipe system causing it to crack and dislodge eventually leading to complete collapse.

From the early 80s onwards, PVC pipes have been used instead of earthenware. It’s better, but by no means a silver bullet. Like earthenware, it all comes down to the joins and the way in which the pipe work is supported: The joints need to be properly glued and the pipe work supported during the backfill process. If the PVC installation is not well executed tree roots will enter via the joins causing weakness in the pipe system and further opportunities for root intrusion.

Toilets and toilet pipes get blocked when people flush the wrong things. Like wipes, food scraps, paper, rags, cans, bottles, grease and fat. You should never flush any of that stuff down the toilet.

Putting The Wrong Stuff Down The Sink

Wastewater pipes from sinks, basins and laundry tubs can get blocked if people put food waste – especially tea leaves or hot fat – and other rubbish down them. (Wondering why hot fat blocks the pipes? It’s because it solidifies when it cools.)

What’s A Better Fix For A Blocked Sewage Pipe? Relining Or Digging?

Unfortunately, given that you’re reading this article, chances are it’s already too late for you to avoid a blocked sewage pipe. That horse has already bolted. But you do still have the power to choose the best fix for your blockage.

The question is, what’s the best solution? What will give you the best bang for your buck?

You have two options: Reline your existing pipes or dig them up and replace them.

How does trenchless pipe relining work? First, your reliner will assess the damage by putting a CCTV camera down the drain. This will enable them to determine if relining is a suitable solution.

Assuming relining is possible, your reliner (if using the inversion method) will clear the drain using a high pressure water jet, then cut a seamless, flexible textile liner to length, impregnate it with environmentally safe resin, and insert it into the drain using compressed air. Finally they’ll pump hot water through the liner to help cure the resin more quickly. (It’ll be ready to use as soon as the resin cures – usually about 4 hours.)

And that’s it! The inside of the pipe is now completely lined. You have an entirely new pipe inside the old one. No joins, no leaks, no weaknesses. This ‘pipe within a pipe’ is 100% watertight, stronger than PVC pipe, and has an increased flow rate compared to most existing pipes.

The traditional way to fix drains is to dig them up and replace the damaged sections. This is achieved by first locating the problem in the pipe work. To ensure that electrical and telephone wires are not hit during the excavation process Dial Before You Dig should be contacted to verify the location of services. If excavation is required in a public area such as a footpath or road, council fees will apply.

The location of the damaged pipe work will determine whether a jackhammer or road saw is required to remove paving or concrete. The ground can be excavated either by hand or using an excavator. The pipe work is replaced using PVC and joined to the exiting sewer using glue. The excavated area is then back-filled with 10mm crushed blue metal. The waste is removed to a skip bin.

Which Should You Choose?

It’s horses for courses, really. If the blockage is located close to the surface and not underneath something expensive or precious, digging is probably your best bet. But if the blockage is under paving, a garden, a retaining wall, your bathroom floor, a road, a driveway, a path, or something else equally expensive to rip up, relining is definitely the way to go.

Just make sure that if you choose relining that you do it before the pipe work collapses otherwise you will have no option but to dig. Either way, you should always choose a trained reline installer. The best relining technology in the world is Brawoliner, and they train their operatives.